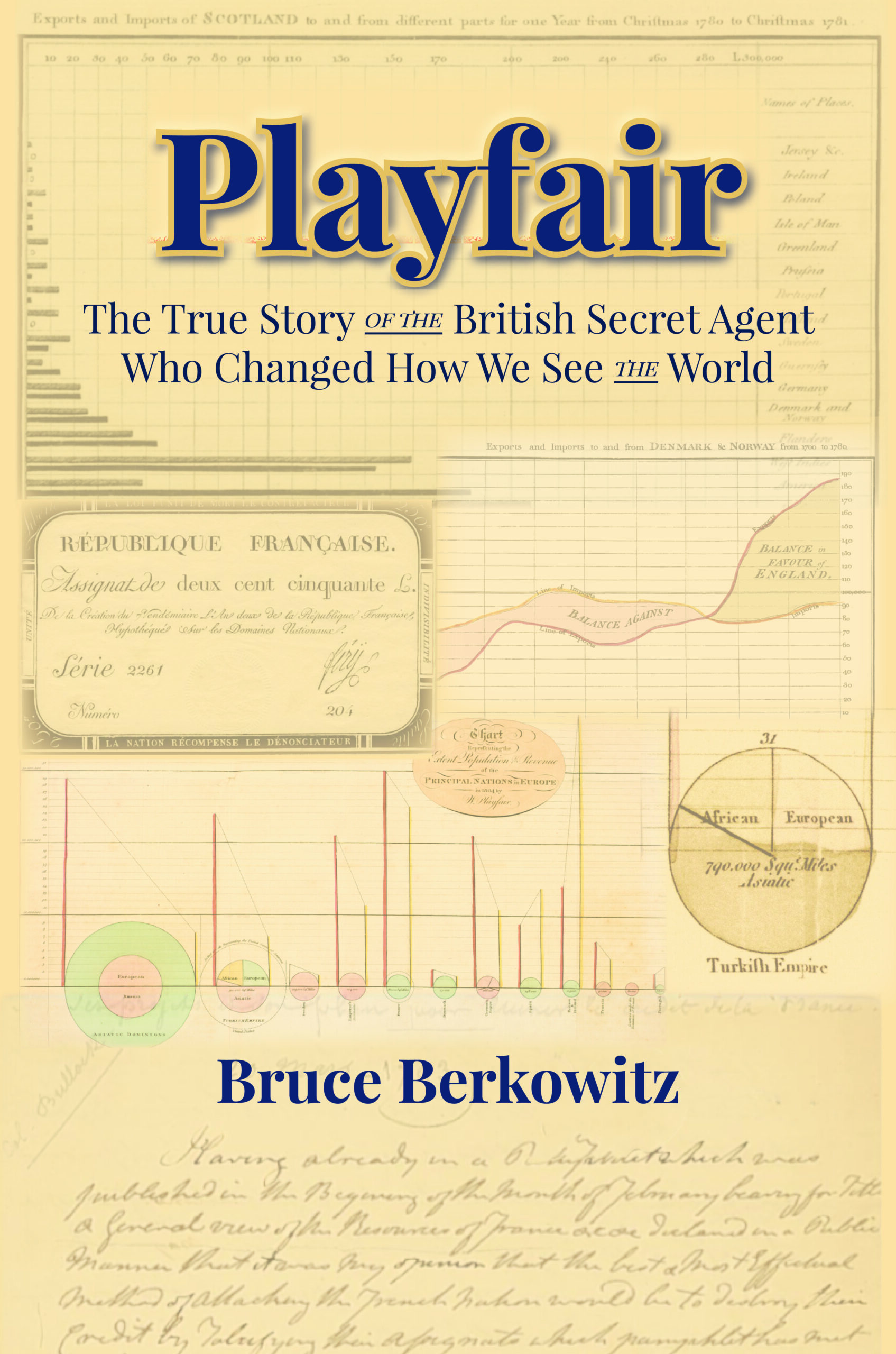 Playfair: The True Story of the British Secret Agent Who Changed How We See the World

Buy from Amazon, or from your favorite independent bookseller.

George Mason University Press titles are distributed by the University of Virginia Press.

“Rarely is such comprehensive historical research as entertaining as it is enlightening. Playfair is an excellent study of a little known but colorful character, an economic statistician as well as adventurer, an inventor as well as a spy who became a forerunner of today’s covert action by engineering one of the most daring sabotage operations in history—a must read for lovers of spy thrillers as well as students of intelligence history.”
—Michael J. Sulick, Director, National Clandestine Service, Central Intelligence Agency (2007-10)

“This is a remarkable book. Engagingly written and massively researched, it tells the amazing story of a highly important yet neglected historical figure, William Playfair, pioneering statistician and political economist—and brilliant secret agent. In particular, for the student of the French Revolution, through piecing together Playfair’s role in counter-revolutionary ‘black ops’, it sheds very important new light on the collapse of the Reign of Terror and the fall of Robespierre. The intriguing new evidence Bruce Berkowitz cites will give historians of the period much new food for thought.”
—Munro Price, Professor, Modern European History, University of Bradford; author of Napoleon: the End of Glory

“William Playfair is a lost genius without whom the modern world would be more uncertain and less scientific. He was the first to measure national power rigorously and the first to use statistics to analyze the international system. Further, he put his insights to work, shaping the history of his time. Bruce Berkowitz has rediscovered this genius in a book that is essential for understanding both political economy and strategic analysis—and it’s a great read as well. Playfair deserves to be at the top of anyone’s must read list.”
—Bruce Bueno de Mesquita, Julius Silver Professor of Politics, New York University

“There is simply a huge amount of work that has gone into this book. Playfair will be terribly important and has already had an impact on my work. And it will perhaps also be terribly controversial since it makes the claim that scholarship is a cosmic echo chamber. Scholars will not like to hear that.”
—David Levy, Professor, Economics, George Mason University; author of How the Dismal Science Got Its Name; co-author of Escape from Democracy: The Role of Experts and the Public in Economic Policy

William Playfair is best known as an ingenious Scot of questionable repute who happened to invent “statistical graphics”—the line, bar, and pie charts we use today. Some are also aware he developed theories explaining international trade and investment, made contributions to concepts like price indexes and measures of national power, and pioneered strategic analysis.

Yet even those familiar with his work will be surprised to learn that Playfair was, in fact, a secret agent, carrying out espionage and subversion against France in behalf of Great Britain. Many of his contributions to economics and statistics were a direct result of his most audacious operation, the first full-scale campaign to collapse a nation’s currency, as the French First Republic turned radical.

Playfair had a remarkable knack for appearing at—or propelling—the major events of his era. He’s at James Watt’s side for the birth of the Industrial Revolution. He is on the scene during the storming of the Bastille. He even helps trigger the first major political scandal in the newly formed United States, a land speculation gone bad involving Washington, Hamilton, and Jefferson.

This is the first book to uncover the full, true account of this remarkable, colorful man—undeniably brilliant, hopelessly flawed, and fundamentally important. Part biography, history, and detective story, its pages reveal the astounding inventions and adventures of this larger-than-life swashbuckler, rogue, genius, and patriot.

About the Author:
Bruce Berkowitz is the author of several books about national security, history, and international relations.