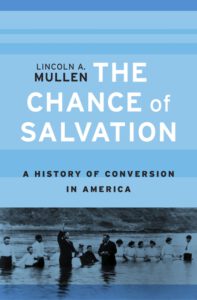 Discussing his new book: The Chance of Salvation: A History of Conversion in America

While United States has a long history of religious pluralism, Americans have often believed their faith determines their eternal destiny. The result is that Americans switch religions more often than any other nation. The Chance of Salvation traces the history of the distinctively American idea that religion is a matter of individual choice. 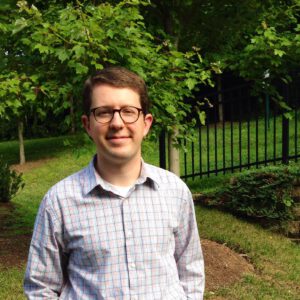 Lincoln Mullen shows how Americans’ willingness to change faiths has created a shared assumption that religious identity is a decision. As Americans confronted a growing array of religious options in the 19th century, pressures to convert altered the basis of American religion. Evangelical protestants, enslaved and freed African Americans, Mormons, American Jews, and Catholics each developed different views on conversion, divine justice, and redemption.

Lincoln A. Mullen is Assistant Professor in the Department of History and Art History at George Mason University. An historian of American religion, Mullen’s digital historical work has also taken him into U.S. legal history and the history of early American elections.

The Mason Author Series is co-sponsored by the University Bookstore.