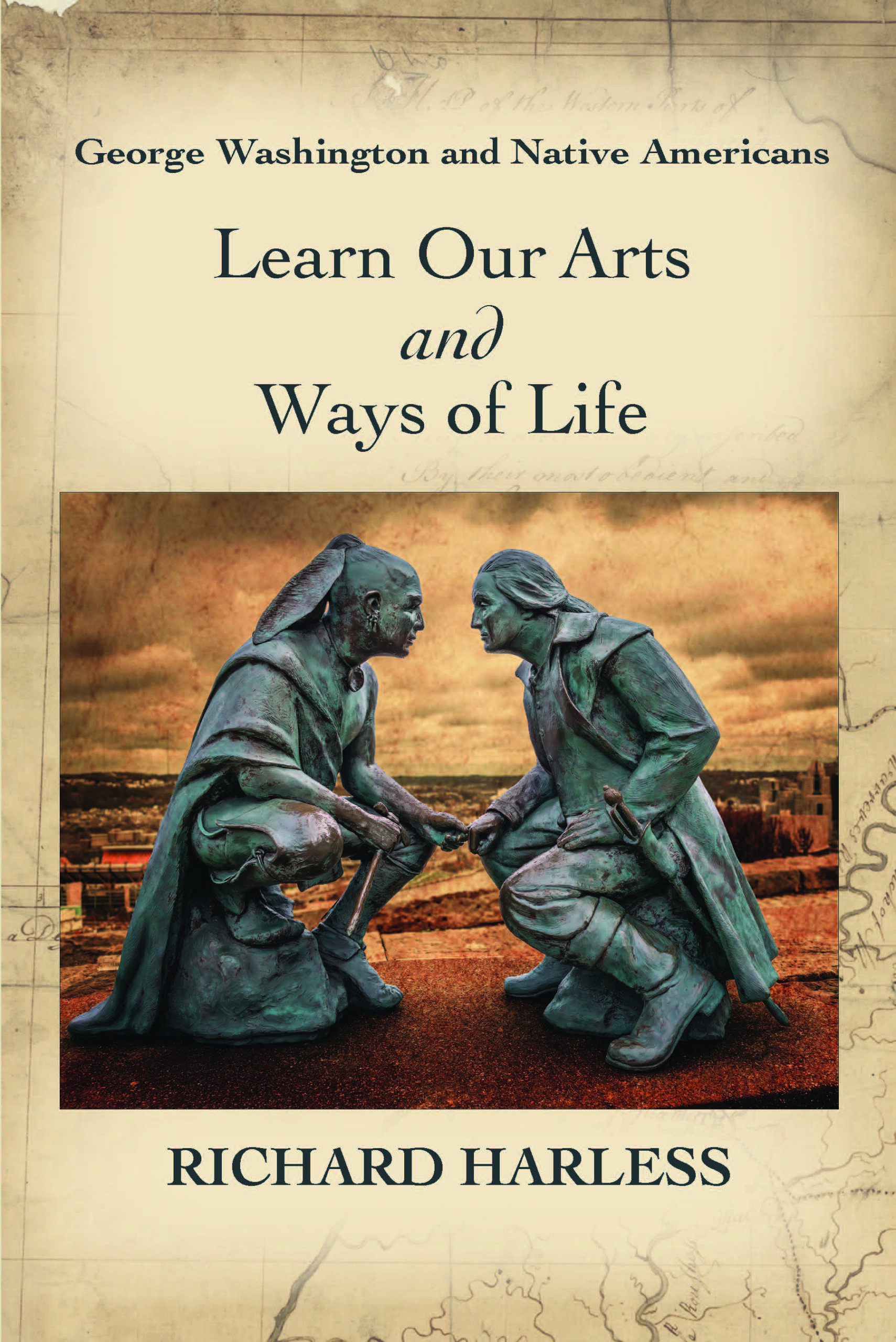 George Washington and Native Americans: “Learn Our Arts and Ways of Life”

Buy from Amazon, or from your favorite independent bookseller.

George Mason University Press titles are distributed by the University of Virginia Press.

“This is an important book on an important subject which is just beginning to receive the attention it deserves. While not uncritical, Harless is generally sympathetic to Washington and argues that Washington’s ideas about Native Americans evolved, much like they did on the question of slavery. Washington sincerely wished to incorporate Native Americans into the growing United States, but because of a complex set of circumstances, he was not able to achieve his goal.”

George Washington had contact with Native Americans throughout most of his life. His first encounter as a teenager left him with the impression that they were nothing more than an “ignorant people.” As a young man he fought both alongside and against Native Americans during the French and Indian War and gained a grudging respect for their fighting abilities. During the American Revolution, Washington made it clear that he welcomed Indian allies as friends but would do his utmost to crush Indian enemies. As president, he sought to implement a program to “civilize” Native Americans by teaching them methods of agriculture and providing the implements of husbandry that would enable them to become proficient farmers—the only way, he believed, Native Americans would survive in a white-dominated society. Yet he discovered that his government could not protect Indian lands as guaranteed in countless treaties, and the hunger for Indian land by white settlers was so rapacious that it could not be controlled by an inadequate federal military establishment. While Washington appeared to admit the failure of the program, this book—a unique and necessary exploration of Washington’s experience with and thoughts on Native Americans—contends he deserves credit for his continued efforts to implement a policy based on the just treatment of America’s indigenous peoples.

Richard Harless has a Ph.D. in American History from George Mason University. He is a retired public school teacher, counselor, and coach. He worked as a research assistant at Mason’s Roy Rosenzweig Center for History and New Media and was a fellow at the Fred W. Smith Library for the Study of George Washington at Mount Vernon. He is currently teaching at various colleges including Saint Mary’s Honor College in Maryland. This is his first book.