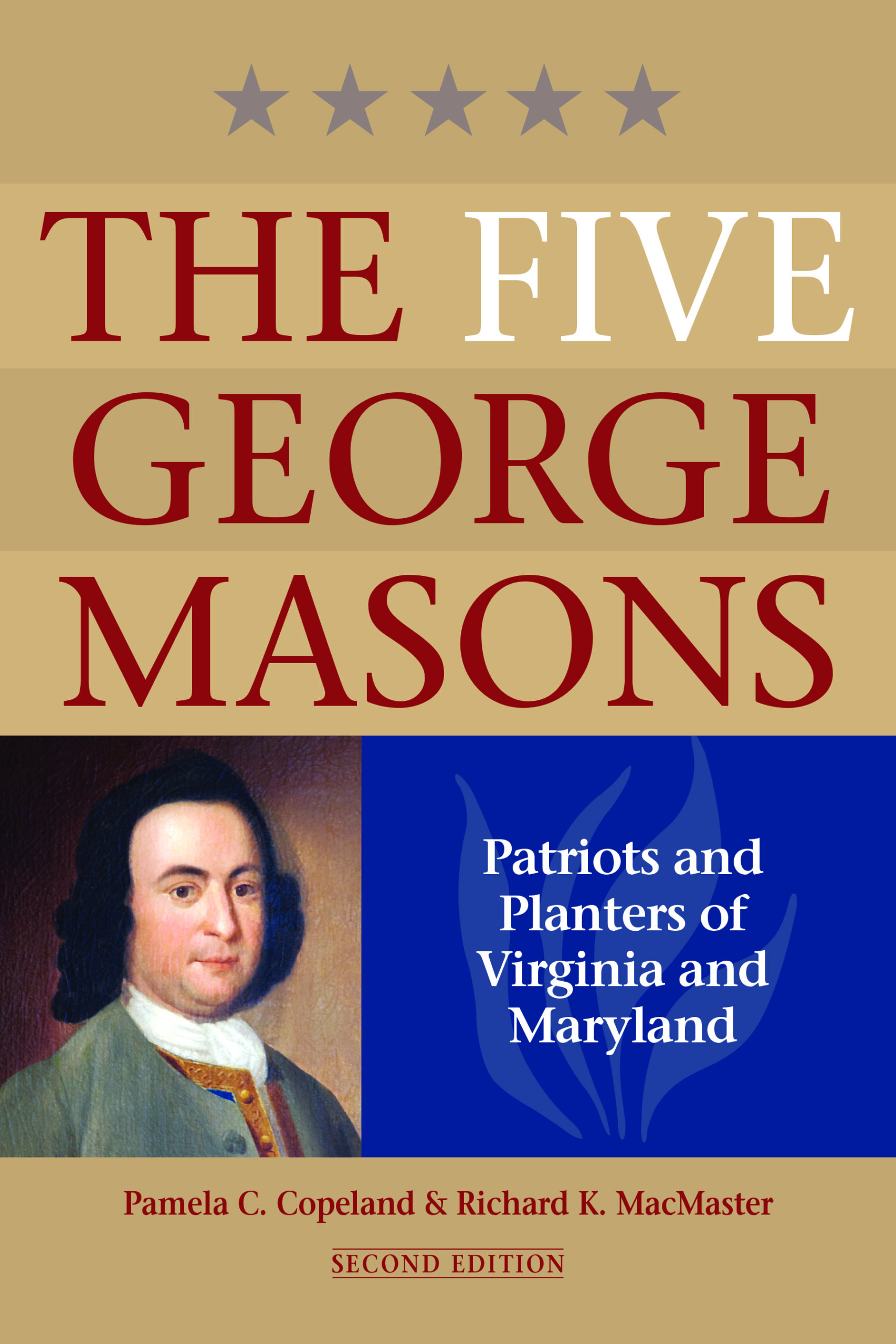 The Five George Masons: Patriots and Planters of Virginia and Maryland

George Mason IV (1725-1792), one of the Founding Fathers of the United States, was a patriot in the Revolutionary War, a delegate from Virginia to the Constitutional Convention, and one of the driving forces behind the creation of the U.S. Bill of Rights. Mason worked passionately and diligently throughout his life, as both a private citizen and as a public servant, to ensure that government protected the inherent rights of the people.

The Five George Masons, by Pamela C. Copeland and Richard K. MacMaster, provides a comprehensive overview of five generations of the Mason family, beginning with George Mason I, who fled England following the defeat of the Royalists at the second battle of Worcester in 1651, arriving in the Colony of Virginia in the early 1650s. Central to this volume, of course, is George Mason IV, who, while less celebrated than fellow Virginians George Washington and Thomas Jefferson, was one of America’s outstanding thinkers, legislators, and writers; his ideals and legacy endure to this day.

First published in 1975, this new, second edition includes new material (preface, foreword, color photos, and maps) and faithfully reproduces the original’s unique genealogical charts of the Mason family. In tracing the family history of the Masons, Copeland provides important context for understanding the life and work of George Mason IV, who wrote: “All men are by nature equally free and independent, and have certain inherent rights.” The Five George Masons serves as a uniquely valuable resource for historians, educators, genealogists, and all those interested in the history of Virginia and the early United States.