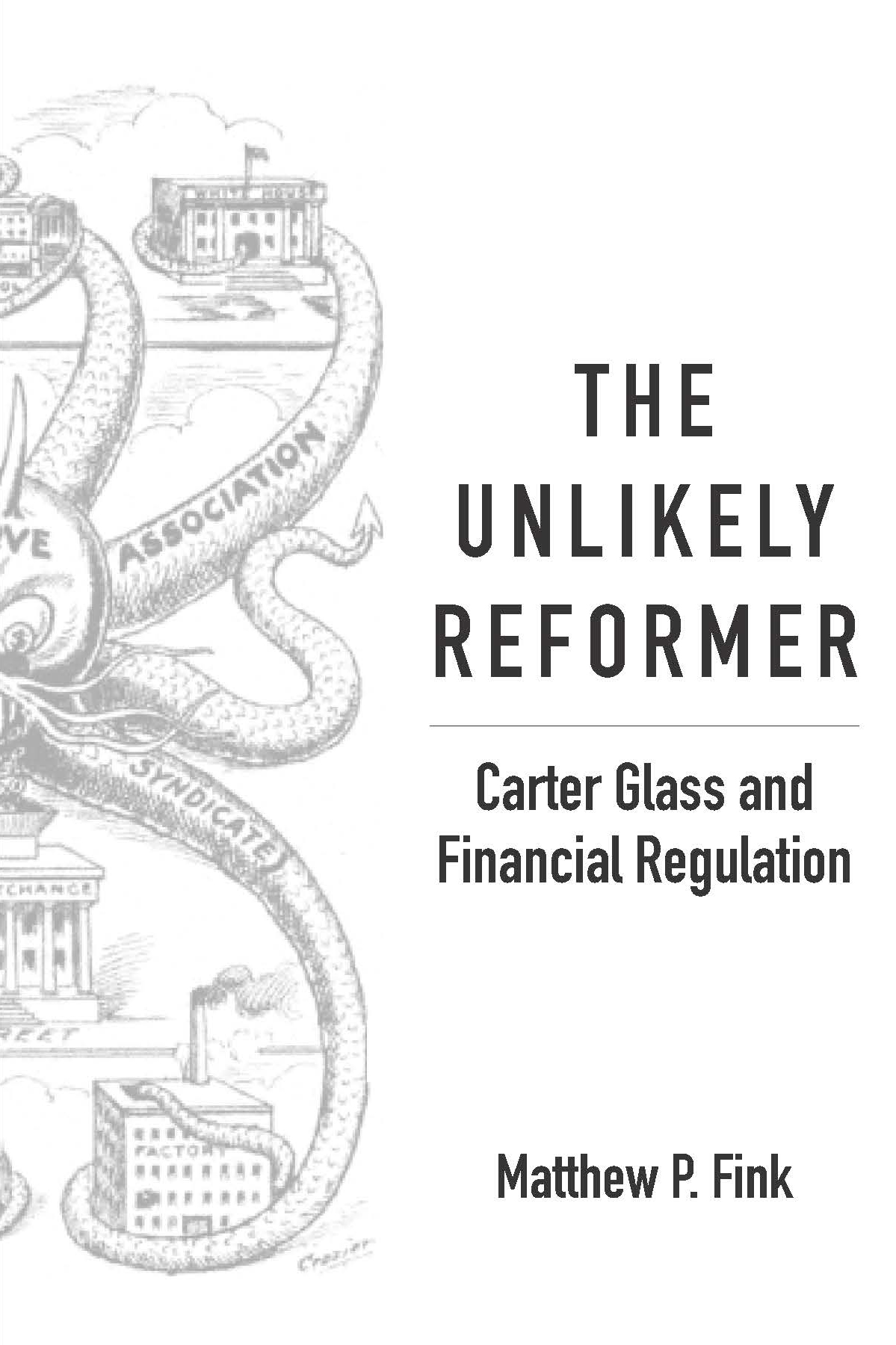 “At long last, Matthew Fink brings us the biography we have been waiting for. Fink gives us a rollicking ride with one of the most improbable—and colorful—American politicians of the Twentieth Century.”

Recently described as “the single most important lawmaker in the history of American finance,” Carter Glass nonetheless remains a much misunderstood and overlooked figure in that history. Glass is most widely remembered as the sponsor (with Henry Steagall) of the Glass-Steagall provisions of the U.S.A. Banking Act of 1933, which legally separated commercial and investment banking. But the Banking Act was the culminating achievement of a monumental career as a congressman, secretary of the Treasury, and senator—a career marked by ferocity and paradox.

Glass was a small-government conservative and vocal racist who was, however, also responsible for some of the most important progressive pieces of financial legislation in U.S. history, including the Federal Reserve Act of 1913, which created mechanisms for addressing financial panics and managing the nation’s currency, and provisions of the Securities Exchange Act of 1934, which created the U.S. Securities and Exchange Commission, the model New Deal agency. In The Unlikely Reformer, Matthew Fink explains how these apparent contradictions emerged together at a pivotal moment in the modern American era. As the first new study dedicated to Carter Glass published in over seventy-five years, it updates our perspective on the welter of assumptions, beliefs, and motivations underpinning a regulatory project that continues to be topical in the tumultuous contemporary moment.

Matthew P. Fink is the author of The Rise of Mutual Funds: An Insider’s View. He is Director of the Retirement Income Industry Association and former President of the Investment Company Institute.