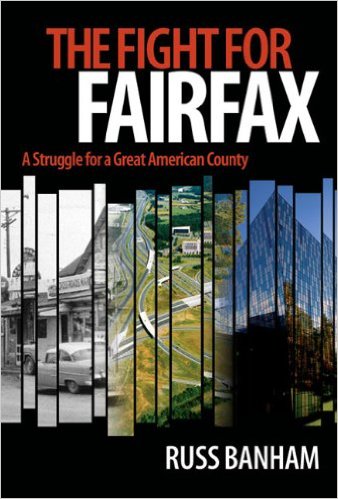 The Fight for Fairfax: A Struggle for a Great American County

Fight for Fairfax presents the story of a group of local citizens in Fairfax County, Virginia, and their efforts over the past half-century to invent a place that would be more than a Washington, D.C. suburb. Told from their point of view, the book chronicles their vision of Fairfax and the steps they took to bring it to life. The group faced many opponents, including populist politicians and anti-growth forces, and this book examines those clashes as part of the overall story. This pro-development group–a zoning attorney, a university president, two defense contractors, and several county officials, real-estate engineers, and a homebuilder–believed their work would transform Fairfax’s old frontier, rural nature into what might be called the cradle of the Information Age. This book uncovers their vision and records their fight to make Fairfax County the technological leader that it is today. Fairfax has become a vibrant economic hub that boasts of its modern industries, high paying jobs, superior public developers, schools, multicultural workforce, and abundant open spaces. In making the case for these architects of change, the author, who prodigiously researched the subject and conducted numerous interviews with key players, produces an eloquent account that must be considered by all–those who agree with and even those who question the development. The Fight for Fairfax will appeal to a diverse audience, including local Virginia history buffs and scholars and those with an interest in business history, especially the challenges and opportunities that are often linked to growth and change.

Russ Banham is a veteran business journalist and author of 19 books, including The Ford Century, an award-winning, international best-selling history of Ford Motor Company, translated into 13 languages; Rocky Mountain Legend, a regional best-selling profile of the Coors brewing dynasty; and Wanderlust, chronicling the historic design and cultural impact of the iconic Airstream “silver bullet” travel trailer. Russ’s various books have led to several television appearances, including The Today Show and A&E Biography. Over the past thirty years, he has written thousands of articles for dozens of U.S. and foreign publications, including Forbes, CFO, The Economist, Wall Street Journal, Financial Times, and U.S. News and World Report.

There are no reviews yet.

Be the first to review “The Fight for Fairfax: A Struggle for a Great American County” Cancel reply